With the frame up we go to work with the next thing we could do ourselves, the sheathing. While to roof is not done yet the sheathing was something we are ok with doing ourselves. The remaining work on the roof we’ll happily leave to professionals.

The sheathing we’re using is a Hunton product called Windproof which is a wood fiber board from Norway. We opted for the 25mm thick version to give the hempcrete, that we’re planning to use for insulation, some more stability.

Unfortunately it never crossed our minds to check installation procedures before ordering the boards. It was a surprise when we found we needed to use 65mm long shingle nails (the type of nails used to fasten roof singles). It was really easy to find 25 or 35mm nails but pretty much impossible to find the 65mm version. After some discussions with builders and talking to the reseller we went with 50mm screws with larger head instead. This worked out great although taking more time than expected. 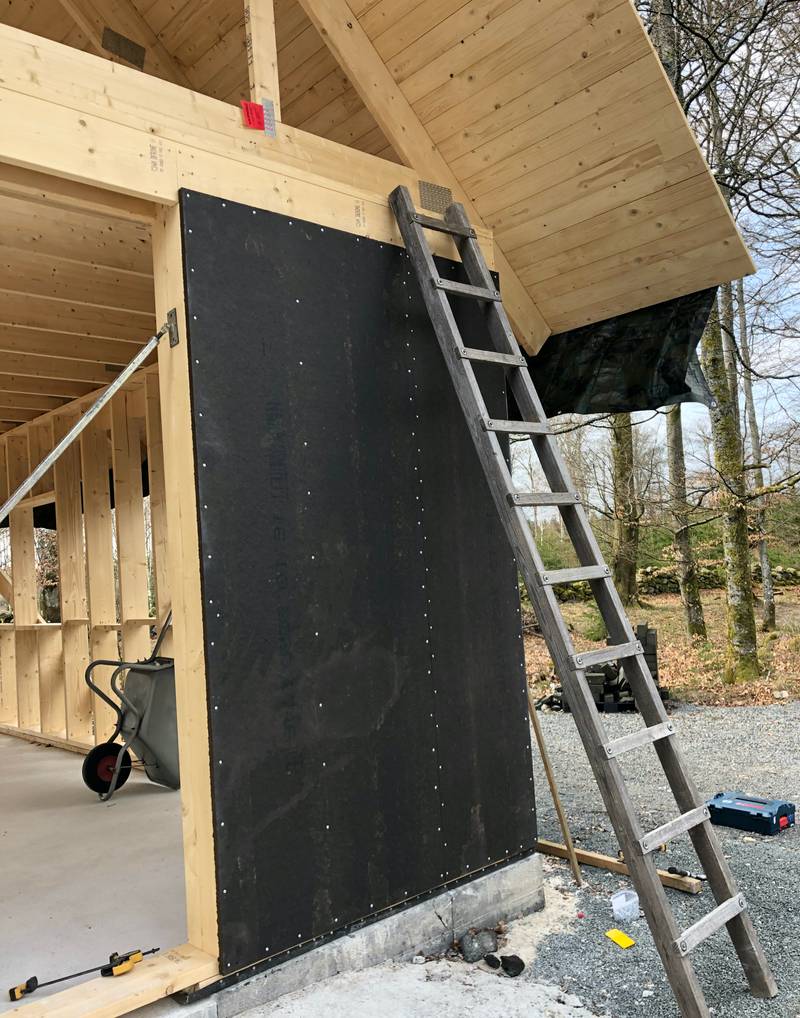 The first few boards in place. Took a bit of time since this was the first time we’ve ever done this type of work. 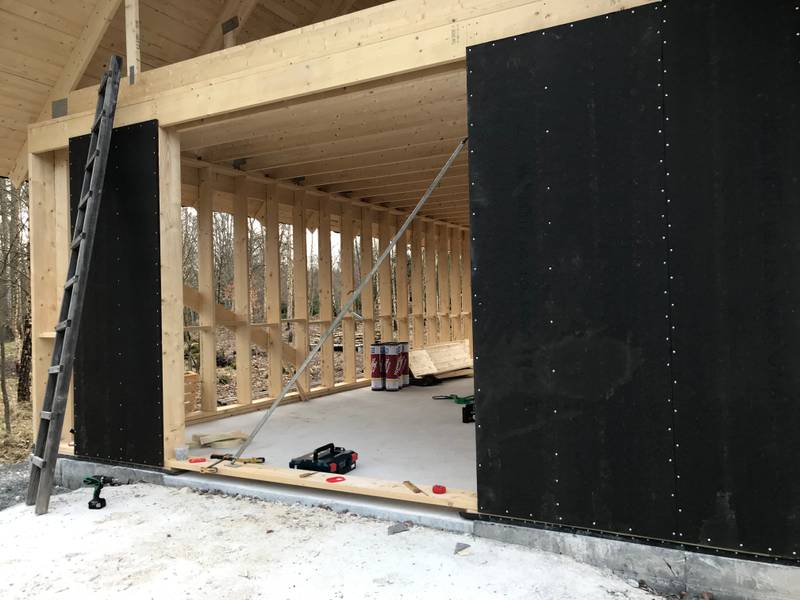 A few more boards in place on the other side of the eastern gable.

We ordered a Festool HKC 55 a couple of weeks before raising the frame. Unfortunately we didn’t get it in time and never used it when framing the workshop. Now, 4-5 weeks later the saw still have not arrived so we’ve had the use a handsaw to cut the boards. While it works it’s a proper workout just doing a single cut slowing the process down quite a bit. Each board is 2740mm long and most cuts we’ve done are the full length of the board. 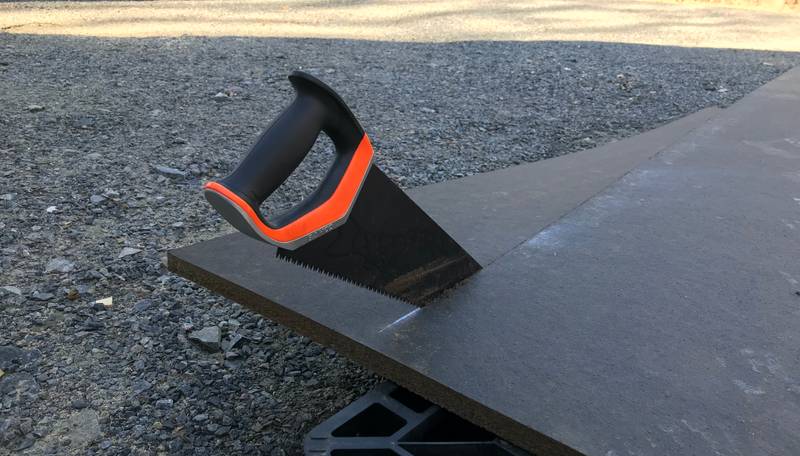 The handsaw works well but it’s quite the workout using it on these rather lengthy cuts.

Once we got the hang of it after getting the first few boards up we progressed fairly quickly. We put up all the boards over any future window opening and will be cutting holes for the windows when needed. 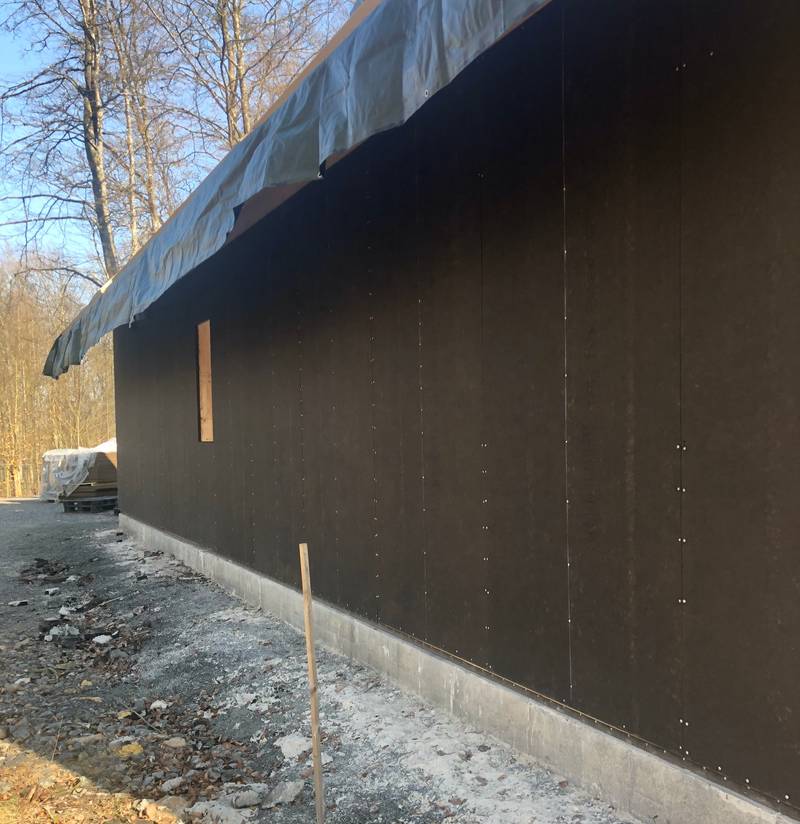 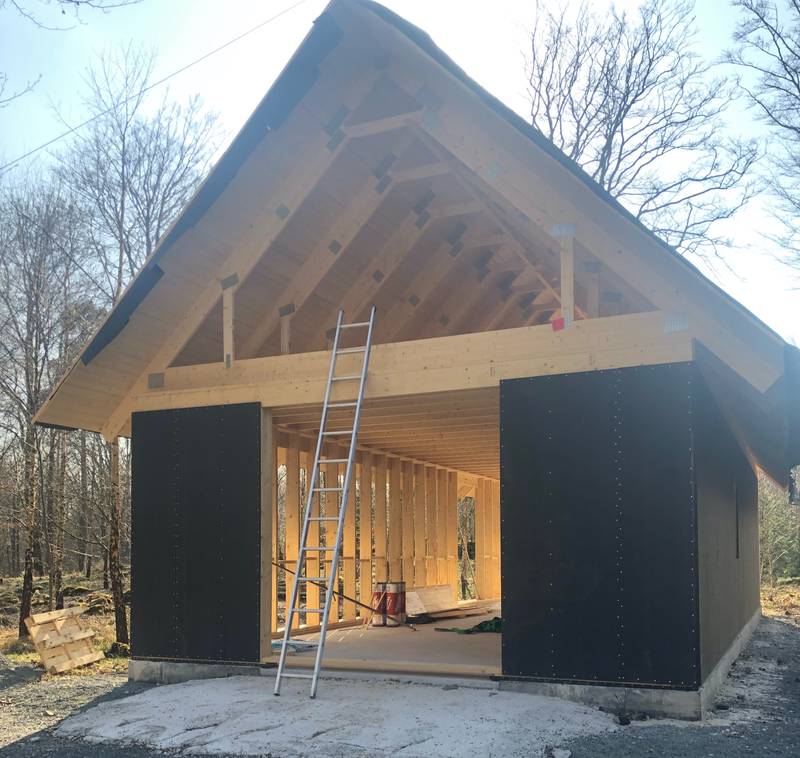 The eastern facade with the northern side done. 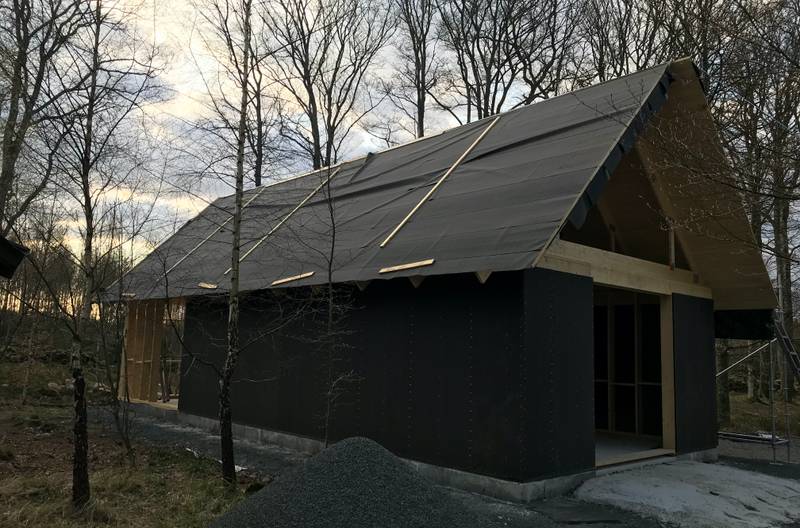 Image of the workshop with the southern facade almost done. Roof doesn’t look so great here but should hopefully be fixed soon.

We had some framing left to finish on the southern side over the double door. We did some measurements, decided on the final height, making sure we could open the door considering the roof overhang, and got to work. 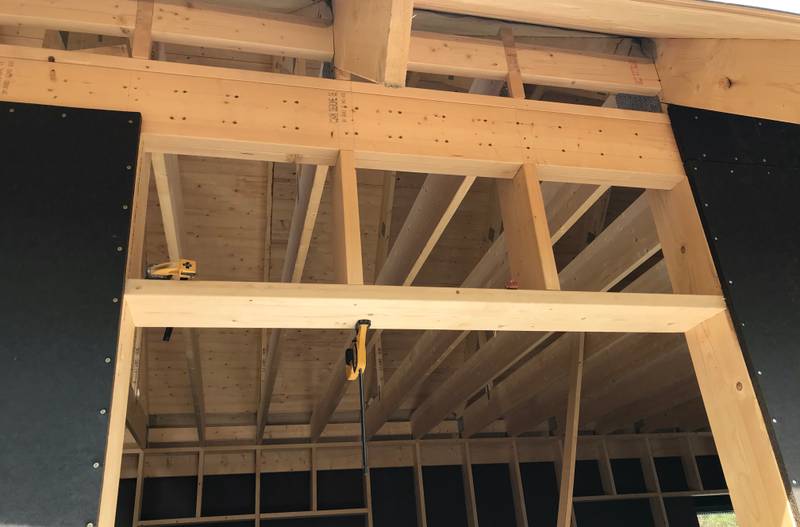 The framing done. Sheathing coming up.

The finished doorway with sheathing in place from the inside. Looking out south towards where the other house will be in the future. 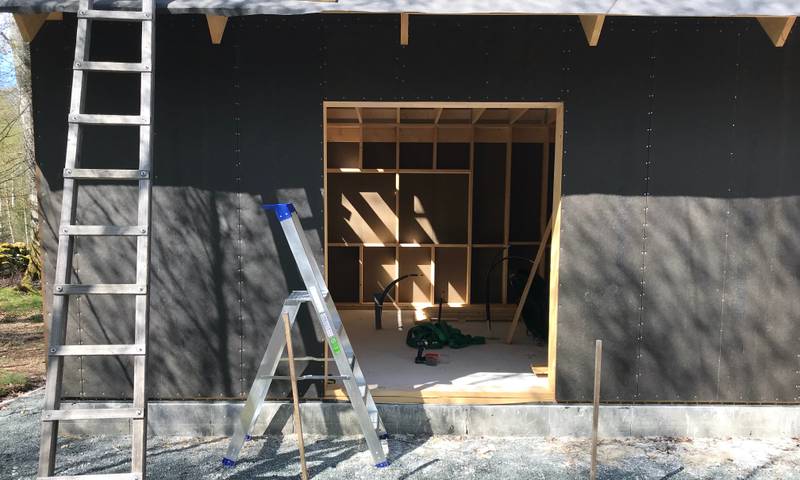 The doorway from the outside.

We’re about 75% done with the sheathing. Hopefully we’ll get the gables framed this weekend and maybe even we’ll have time to get the sheathing in place. Will be good to have a more rain proof facade to get less rain inside the workshop.